In March 2019 MAJAN appeared for the first time, but not somehow, but with an announcement. After the successful single "1975" with rap star Cro, the company founded its own label, including a major deal, Tour support for Max Herre, Appearances on the splash!, HYPE and Reeperbahn Festival. All very unusual for a newcomer, This was also the opinion of the ten young radio stations of the ARD and awarded MAJAN with the New Music Award 2019 out. MAJAN's sound is always effortless, always different, always creative – but never forced, artificial or calculated. MAJAN is not just a rapper or a singer - he is an artist, an autodidact, a storyteller. He talks about his homeland, takes with him into his everyday life, to his tuckk-r-up gang, his family, into the taxi and to celebrate and again and again to what really moves him. And now there is finally more from MAJAN on his first, major release: the "OH BOI"- EP in two acts. POLL 13. March the first part “OH” will be released and on 27. March then the second part "BOI".

Of course, the EP title "OH BOI" is not arbitrary, but the subtitle for MAJAN itself. Whether it's a teacher, parents, Friends - the constant questioning, not understanding or marveling at MAJAN's style ends in sentences, which increasingly begin with "Oh Boi" and end with surprised faces or horror. The title "OH BOI" is also a homage to the film of the same name starring Tom Schilling, who tells of a world, in which toasters are mainly used to light cigarettes and the driver's license is lost again because of drinking and driving. This is one world, which MAJAN also feels and lives. MAJAN tells exactly about this world and his way of life on "OH BOI". So intimate and honest, that some song content was new and surprising even to his friends. But MAJAN cannot do otherwise, he writes what he feels, what moves him, not according to schemes or mode million – Playlist. MAJAN felt musically understood for the first time with the producer duo Kilian & Jo, who produced almost the entire "OH BOI" EP. With their open and progressive nature, they build the perfect foundation for MAJAN's language and emotional world. Also on "OH BOI" are the Berlin producer BLVTH and the artist Schmyt.

Everyone who 10 Tracks from "OH BOI" stand on their own and have their own personality and history. The songs are more or less the mirror of MAJAN's last years. The mistake, that he makes, have to do, to proceed. the worries, which are repeatedly brought to him from the outside. “The conflict with what I feel and what my environment signals to me – really want to do everything right, but somehow you don't see the point, unwillingness to deviate from ideals and values – at the same time doubts". This is how melancholic tracks of self-doubt came about, from failing in reality, but also very energetic tracks, who celebrate the lightness and joy of meaninglessness. Even if MAJAN writes everything himself and always has an idea of ​​the sound, he never thinks in notes – but in feelings. And together with Kilian & Jo and BLVTH also never create a one-dimensionally assignable genre sound. MAJAN and Kilian create together & Yes, urban pop songs, straighten Rap, Reggae vibes and classical ballads on the piano. Oh boy movie quotes are built in as well as Kendrick Lamar lines, DJ Tomekk Samples oder YouTube-Snippets. Everything that fits into the world of MAJAN, because this world is bigger than most people think because of his small hometown Schorndorf. “It often sounds like that: Oh, even though he comes from such a small town, he does crazy stuff. The size of a city should not be used as a benchmark, to estimate, how good something is. As if it were a greater achievement, the smaller the city is. Everyone has pretty much the same options, no matter where he is – Exchange can take place anywhere.” Because even if MAJAN is assigned to the Hip Hop section, his musical socialization knows no bounds. 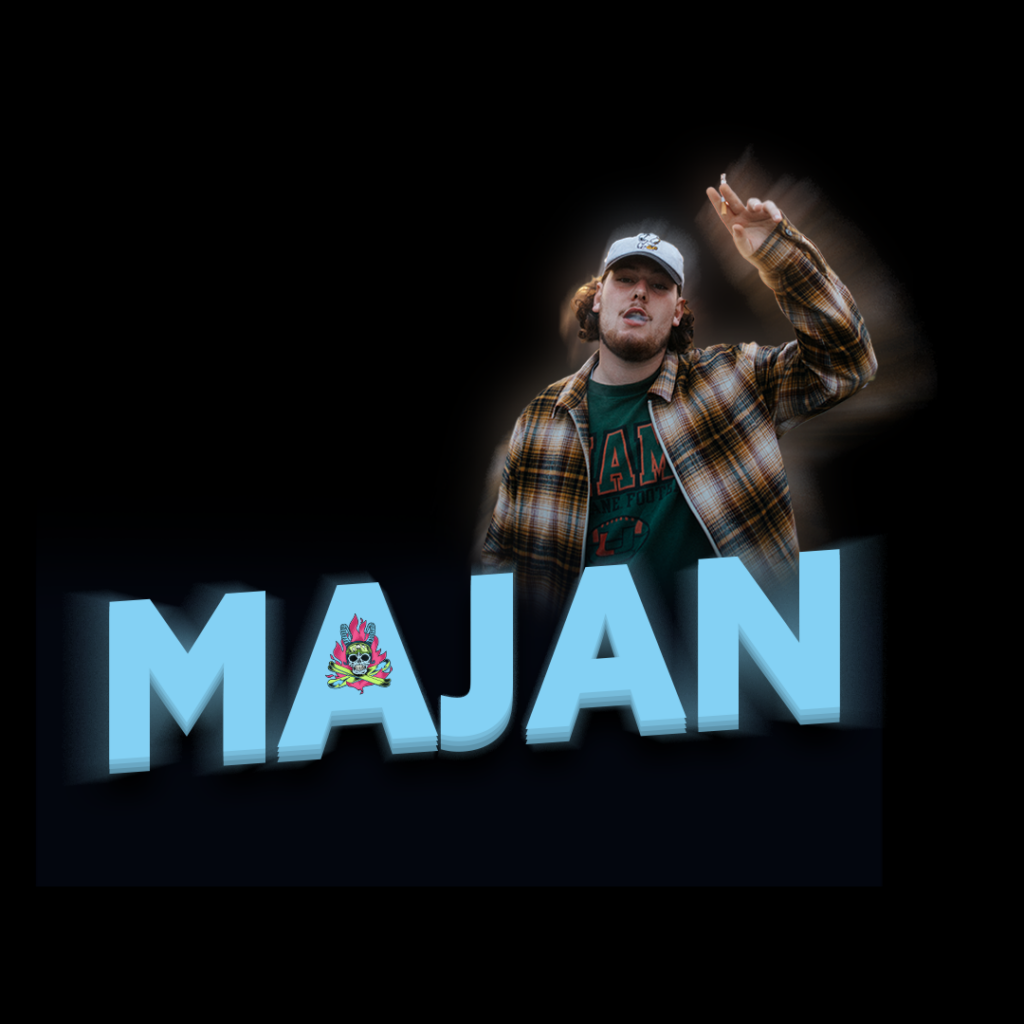