Danitsa was born in Paris into a family where music always played a major role. At the age of 10, she began to sing on her father’s composition, Skankytone, a lover of Jamaica and reggae. Through her mother, she discovered soul, funk, and hip-hop. It is at the crossroads of these influences that she develops as an artist, between John Holt’s reggae, Horace Andy, and Erykah Badu’s soul.

In 2008, she moved to Geneva and met the Little Lion Sound collective, with whom she records dubplates. After a few concerts and a positive reception from the audience, she released her first mixtape Five Flags, where you can find the rapper Di-Meh, a member of the SWK collective. They recorded the song « Good Coffee », where they had very positive feedback in Colombia, Mexico, and Argentina.

Her second project, the EP Breakfast, was produced in 2015 by Jihelcee Records, a label founded by Darryl Zeuja from the French hip-hop group « 1995 ». With this EP, Danitsa explores by affirming in her lyrics a vast musical repertoire mixing hip-hop, old-school, and muffled soul.

In 2016, she decided to create a bad with seven musicians. All together, they created an EP called « Shelter » after one week of residency at L’Abri in Geneva.

In 2017, Danitsa was nominated for the Victoires du Reggae Awards in the category “Revelation of the Year”.

She then released her first album “EGO” in late 2017. Bringing a new sound that the actual musical landscape was missing, the album was played all year on national radio and even earned her a Swiss Music Award (Best Act Romandie). Additionally, it allowed her to set up a tour with more than one hundred performances in Switzerland, France, Belgium, Spain, Netherlands, and the USA.

Danitsa is currently working on her second album, recorded for six months at the Red Bull Studio in Los Angeles. The artist has obtained grants from the city of Geneva (Bourse des musiques actuelles) and FCMA Musique +. 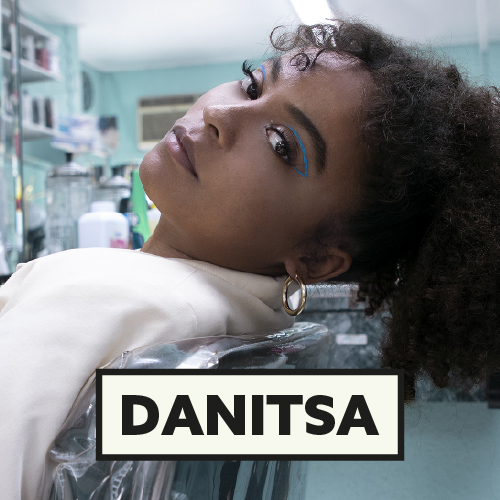